The Show: Just three years ago, “Gotham” premiered to instant critical and popular acclaim with its unique take on the characters surrounding the Batman legacy. Season one was a great start, introducing us to the titular city (easily labeled as a character itself) and all of the intriguing inhabitants within. Season two was somehow even more impressive, as it weaved its multiple storylines together and kept the audience on the edge of their seat as they waited to see how it a

Guardians of the Galaxy Vol. 2: Marvel's Greatest Franchise Returns with a Bang (Blu-ray)

The Film: Back in 2014, Marvel Studios delivered something rather astonishing with “Guardians of the Galaxy.” Here was a film that took the standard Marvel outline, which usually just contains a thread of a plot and a hefty selection of action scenes, and took it further than usual by adding the most fascinating group of characters yet seen in this universe and an even bigger dose of humor than usual. What resulted was (and still is) the best film the MCU has delivered ever s

The Walking Dead: Season Seven: Back To Its Old Ways

On the last season of “The Walking Dead,” the show had presented viewers with the smallest glimmer of hope in the second half by showing us that, when the showrunners really put some thought into it, it’s able to maintain a satisfying arc that engages the audience and makes them care about what’s going to happen next. It may have only been a few episodes, but they proved it was still possible, even this late in the game. That’s not to mention the incredible episode that explo

King Arthur: Legend of the Sword: A Woefully Misguided Take on Arthurian Legend

The Film: Trying to count all of the times that the King Arthur legend has been brought to the screen would probably be akin to trying to count up the number of times “Romeo & Juliet” has been adapted. From classic adaptations to a musical to TV shows to more modern fare, it’s fair to say that the story has been taken around the block, and then some. However, most will be more familiar with the bigger theatrical takes on the story, such as the fun and exciting “First Knight” 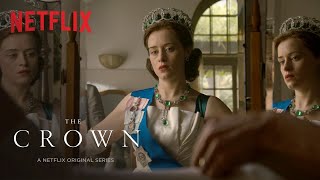 Netflix Debuts First Teaser for Season Two of The Crown

Last November, Netflix debuted the original series "The Crown," which took a look at the early years of Queen Elizabeth II's reign, to widespread critical acclaim. Lauded for its fantastic writing by Oscar-nominee Peter Morgan and phenomenal ensemble, which includes Claire Foy, John Lithgow, and Matt Smith, the show was showered with prizes such as Golden Globes, BAFTAs, and SAG awards, and recently earned an incredible 13 Emmy nominations that include Outstanding Drama Serie

After a number of films from the DCEU that received a thrashing from critics (""Man of Steel," "Batman v Superman: Dawn of Justice," and "Suciide Squad"), it was a rather big surprise that the franchise saw it's first critical smash this summer with "Wonder Woman." Now the film was far from perfect, and in fact had a number of issues, but that didn't stop the majority from enjoying it for various reasons that ranged from its sheer spectacle to Gal Gadot's charismatic performa