National Board of Review Names Licorice Pizza Best Film of 2021

Star Trek Beyond: A Weak Story Makes for a Disappointing Sequel (Blu-ray)

The Film: In a similar fashion to the new “X-Men” franchise, it was rather miraculous when J.J. Abrams was able to take over the “Star Trek” film series and return it to the glorious heights it once enjoyed in the past. Along with screenwriters Alex Kurtzman and Roberto Orci, the 2009 reboot took the franchise in a bold new direction, which continued in the excellent 2013 follow-up “Star Trek Into Darkness” (co-written by Damon Lindelof). As we come to the third entry in the

Lights Out: A Satisfying Treat for Horror Fans (Blu-ray)

The Film: At this point, it’s well-known that the horror genre is one of the hardest genres to have an original thought in. Chances are, if you think of an idea that you believe is creative and new, it’s probably already been done 100 different times and in many different ways. This has led to filmmakers taking ideas that aren’t exactly original and trying to retool them in one way or another in an attempt to make them feel fresh for an audience who are familiar with standard

The Film: 1996’s “Independence Day” was a film that never truly necessitated a sequel. It was a very self-contained film that accomplished exactly what it set out to do, mainly acting as a fun and exciting spectacle that viewers could get engaged in thanks to some interesting characters and a good splash of humor. Revisiting it recently for its 20th anniversary, it still held up quite well as a charming and nostalgic blockbuster that contained some rather amazing effects for 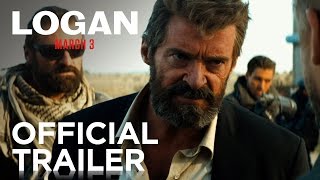 Wolverine Returns in the First Trailer for Logan

Another big project that fans have been eager to get a glimpse of is James Mangold's "Logan," the third entry in the solo Wolverine films that spun off from the "X-Men" franchise. Well, the long wait is finally over as the first trailer finally dropped today, giving us our first look at what will hopefully be a strong conclusion for the series (reportedly it's the final outing for our adamantium-clawed hero). The Wolverine series hasn't exactly been what one would call "good, 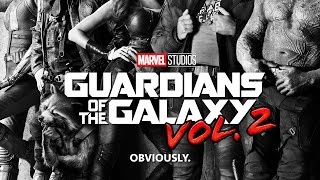 The Whole Gang is Back in the First Teaser for Guardians of the Galaxy Vol. 2

Fans have been waiting very patiently for their first look at footage from the upcoming sequel to the extremely popular "Guardians of the Galaxy," and while a full trailer is still being put together, director James Gunn has decided to drop us a little sneak peak today in the form of a 90-second teaser trailer. As expected, it doesn't show us very much or tell us anything about the plot, but we do get some great looks at our heroes, including Chris Pratt's Star-Lord, Dave Bau

The Show: Garth Ennis and Steve Dillon’s “Preacher” was yet another comic book series that I had never heard of prior to seeing its adaptation, but it was apparently quite popular back when it was published between 1995 and 2000, totaling 66 issues (plus additional specials). The intriguing-sounding story made it seem like something that would make for a pretty good film or TV show, and while Ennis did attempt to get “Preacher” on the big screen for several years, it would ev

The Film: It’s hard to believe that Ang Lee’s martial arts classic “Crouching Tiger, Hidden Dragon” is already 16 years old. Back when it was released, it was a very memorable experience, not only because it was a great film, but also because it was the first time I had gone to see a foreign language film in a theater. I wasn’t even a particular fan of martial arts films growing up, but it looked like it would be an interesting experience, and that it was, to say the least. T

The Film: Every once in a while, you come across a movie that leaves you almost completely speechless at the end. There are several reasons as to why this would happen, including films that are so good (or so bad) that you just can’t put it into words right away, but then there are films where you simply have no idea what you just witnessed and are left a little bewildered by. One such film is Daniel Scheinert and Daniel Kwan’s “Swiss Army Man,” a film that almost defies desc

Walt Disney Home Entertainment has just announced the home release of "Pete's Dragon," which will be coming to Digital HD, Disney Movies Anywhere, On-Demand, and Blu-ray/DVD on November 29th. Continuing the success of live-action adaptations of Disney classics, "Pete's Dragon" scored very well with audiences and critics alike, with many praising its emotional story and calling it one of the best films of the year. While I've yet to see it, if the recent "The Jungle Book" is a

The Final Trailer for Rogue One: A Star Wars Story is Here

With only two months left until the film's release, Disney has dropped the final trailer for "Rogue One: A Star Wars Story," and just like with the previous full-length trailers, there's plenty to see. These two and a half minutes give us a great look at the film's action, in addition to the major players, including Felicity Jones' Jy Erso, Mads Mikkelsen's Galen Erso, Forest Whitaker's Saw Gerrera, and Ben Mendelsohn's Director Orson Krennic. The film, which deals with the R
1
2